Brent Lewis is a photojournalist based in Denver, Colorado.

Brent is a staff photographer for The Denver Post, where his photos can be seen. His photos have been used by the Chicago Tribune, L.A. Times, Associated Press, Forbes and Yahoo! News as well as in the RedEye, MetroMix and in the Chicago Reporter.

With each picture he takes, Brent strives to document life as it is. Brent believes that too often the general public reads about decisions that are made but never fully sees the effects of those decisions. He hopes that by seeing his photos people will realize that there is life beyond their neighborhoods and that many people struggle and endure hardship.

Brent’s grandfather first sparked his interest in photography when he loaned him a Minolta SR-7 and three lenses while Brent was studying Electrical Engineering at Northern Illinois University. But then Brent joined the staff at Northern Illinois University’s student newspaper, the Northern Star, and quickly became one of their star photographers, regularly producing quality images.

Once Brent decided to follow his passion and become a full-time photojournalist, he transferred to Columbia College Chicago. At the Columbia Chronicle, the weekly student newspaper, he established himself as a go-to for all assignments whether they were sports, political events, spot news or just a feature to fill up a page.

Brent lives in Denver with his wife, Jasmine, and dog, London McGillicutty. Some of his favorite photographers, just in case you were wondering, are Henri Cartier-Bresson, Gordon Parks, Eli Reed and W. Eugene Smith. 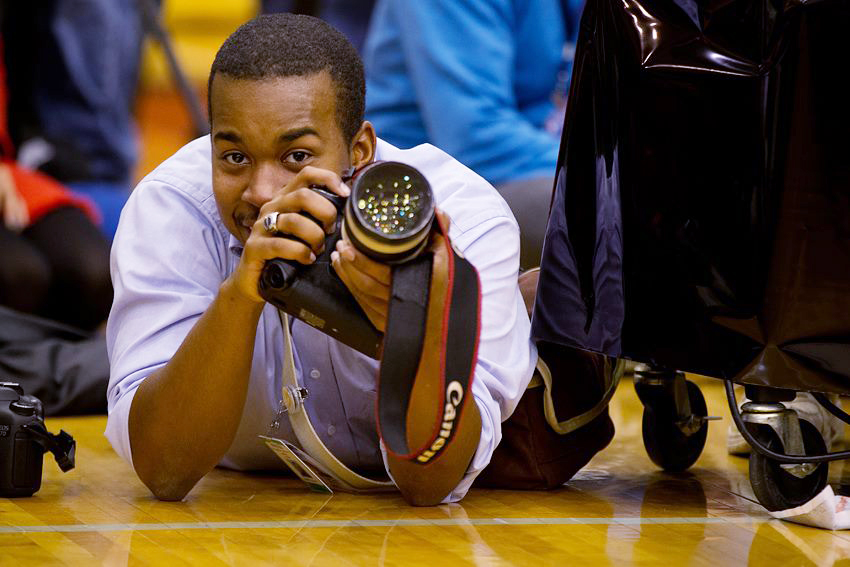